Ultima Comes To The Atari (Finally!)

Do you remember your first time in the land of Sosaria? Even the mightiest of kings need new and powerful friends, and, as it turns out, 48K RAM!  And for that, there is the Intec 48K RAM board for the Atari 400. In these troubled times, the dangerous realms of Lord British ain't no place for your mama's 5K VIC-20.

As I mentioned elsewhere in this blog, I purchased my first computer, a GTIA equipped 16K RAM Atari 400 and the Atari 410 Program Recorder in March of 1982. I purchased it at a Consumers store, a catalog store where you walk in, flip through a catalog, write down the catalog number of the items you want on a slip of paper, bring it up to the cashier, where, if and only if the items you want are actually in stock, they process your order and someone deep in the bowels of the secret stockroom begins to animate and retrieve the items and bring your purchase to the front counter. To my wife's dismay, each and every time we drive past the former location, I point out the fact that the Consumers store and the building that it resided in, where I purchased my first computer, an Atari 400, are long gone. It is now a parking lot, no monument, no bronze plaque, just a parking lot, as if nothing important ever happened there.

Sometime between March 1982 and the end of the school year in June 1982, I brought my Atari 400 and a few cartridges over to my classmate Jon's house. His family had an Apple II, with not one, but two 5 1/4 floppy drives. They must have been bazillionaires. I showed him Star Raiders on my Atari 400. He introduced addicted me to the world of Ultima on his Apple II. I was hooked. I  really wanted Ultima for my Atari 400. I really really wanted Ultima for my Atari 400! At the time though, I only had a 16K Atari 400 and an Atari 410 Program Recorder. Oh, and Ultima was ONLY available on the Apple II.

In the first few months of owning my computer, I spent a lot of time teaching myself Atari BASIC. I started with the David Ahl's BASIC Computer Games and the Atari 400/800 BASIC Reference Manual. I can remember typing in and running the Seagull Over Ocean program. If you are reading this blog, you may know of the program of which I am referring to. I also spent some time devouring the pages of Compute!, the first computer magazine that I bought and subscribed to. Two Atari BASIC programs from Compute! instantly come to mind, A Game of Concentration in the March 1982 issue and Gold Rush! in the July 1982 issue. These two Atari BASIC programs taught me the basics of the joystick, the controller ports, redefined character sets and sound. It wasn't long before I started running into the dreaded Atari BASIC Error Code 147 ... Insufficient RAM!


Later in the fall of 1982, my parents purchased an Atari 810 Disk Drive. Oh my was it fast ... compared to an Atari 410 Program Recorder anyways. The cost of the disk drive was way beyond what my meager paper route and Little League umpiring income could afford. I really appreciated my parents purchasing it. It wasn't long after I had the Atari 810 set up that this Ultima Comes To The Atari (Finally!) ad appeared in the sacred pages of Antic magazine.

My go-to store for third party, store-bought software was The Program Store. Atari published software could be picked up easily enough at the local Toys R Us, which was within walking distance of my house, and other area stores. You may have seen ads for The Program Store in ANALOG Computing, Antic or Compute! magazines. We we lucky enough to have had a brick-and-mortar store about twenty minutes and two tolls drive north, up the Garden State Parkway, at the Monmouth Mall in nearby Eatontown, NJ. This store, about half the size of the typical mall-based Radio Shack (moment of silence) store, had software for all of the popular 8-bit and early 16-bit computers in the early 1980s. When Ultima finally appeared on the shelves in the Atari section of The Program Store, I eagerly purchased it. I practically threw my money at the poor cashier.

Ultima wasn't a hard game. It only took a day or two to complete, a week at the most, if your computer face-time was limited. It was mostly a hack and slash dungeon crawl, but it also had an expensive overland map with oceans and continents, a handful of quests to complete, as well as a few other surprises. But it was a great introduction to the computer fantasy role playing genre. I was captivated with Ultima.  And for a Dungeons & Dragons fan ... I had the D&D Basic Rules in the Red Box, the one with The Keep on the Borderlands module packed in, and had played a few times ... it was fascinating to be able to play anytime you wanted without having to gather up a group of like-minded friends, with the computer acting as the benevolent and impartial Dungeon Master. 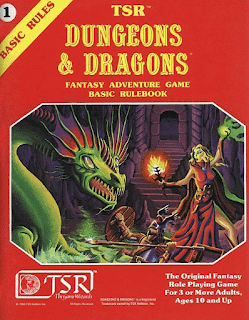 Ultima isn't reviewed in the pages of ANALOG Computing magazine until issue 18 in May 1984. The review appears on page 36. This is the same issue in which Ultima III is reviewed. Ultima and Ultima III reviewed, but not Ultima II? Odd. The review appeared a full year and a half after Ultima shipped for the Atari 8-bits. Strange that it took so long for a review to appear in ANALOG Computing magazine for such a popular, best-selling and beloved game.  Ultima II was, however, reviewed on page 88 in Volume 2, Number 4 of Antic magazine in July 1983.


Ultima, later renamed to Ultima I: The First Age Of Darkness (and now here on referred to as Ultima I), was the first in a series of computer fantasy role playing games by Richard Garriott, also known as Lord British, son of Skylab and Space Shuttle astronaut Owen Garriott. Ultima I could be considered the second game in the Ultima series with Akalabeth being the first, although I wouldn't play Akalabeth until much, much later, when Electronic Arts released an Ultima Collection Box Set for Windows 95/98. Akalabeth introduced the Ultima look and feel, at least as far as the dungeons go, as well as some of the reoccurring characters of the series.


Richard Garriott may have copyrighted the Ultima look and feel. When Strategic Simulations, Inc. released the game Questron in 1984, the back of the box and the manual prominently stated that "Game structure and style used under license from RICHARD GARRIOTT."

Note, that on page 11 of the 2016 PC Gamer book, The Ultimate RPG Handbook, it states that "... Questron, a game so close to Ultima in design that Ultima's creator, Richard Garriott, filed a suit against it ...".


Ultima and Wizardry, both released in 1981 for the Apple II computer, set the standard for computer fantasy role playing games. And later, The Bard's Tale, released in 1985, would continue the tradition. Unfortunately, neither the Wizardry series nor The Bard's Tale series would ever find their way to the Atari 8-bit family of computers (yet). I would play both of these great game series either on the computers in my high school or later on my own Apple IIc in majestic shades of green.


It is interesting to note that Ultima I on the Atari actually supported using the Atari CX40 Joystick for moving your alter-ego or character, later to be coined as your avatar, around the game world. As Ultima I was primarily a keyboard-input-based game with most of the keys programmed to execute actions, such as "U" to Unlock, etc. Using the joystick to move was actually rather clumsy in my opinion. It was much easier just to use the keyboard for all user input during the game.


It may also be interesting to note, that while I purchased Ultima I, it is also the first commercially available copy-protected software that I learned how to make successful backup copies of. I really wanted to make sure I had a back up, just in case. The amateur radio/Atari 8-bit enthusiast newsletter Ad Astra had plans for modifying the Atari 810 disk drive by adding a switch, an LED and a few pieces of wire so that it could write bad sectors on-demand. I would copy the Ultima I diskette using a copy program such as Ultra Copy, making careful note of the required bad sectors on the reading phase. Once the copy was complete, I would find another diskette that would have good data in the noted sectors. I would then copy just those few sectors, flip the switch on the Atari 810 and write those sectors out, creating new bad sectors on the copy.


In the last few years, I have backed the Shroud of the Avatar and the The Bard's Tale IV projects on Kickstarter. I'm not sure I'll ever play this two new games, but I had such fun playing these designer's games as I kid, I wanted to support them in their new projects.

2018-04-04 Update: I've now played Shroud of the Avatar and if you are reading this post, you might want to check it out too. Forbes magazine states that "'Shroud of the Avatar' Is An Ultima Game Without The 'Ultima' Name". For more on Ultima and Richard Garriott in general, read his book, Explore/Create.