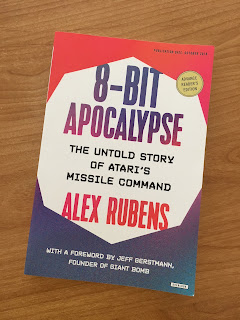 Here is my review of the Advance Reader’s Edition (pre-release) of the forthcoming book 8-Bit Apocalypse: The Untold Story Of Atari’s Missile Command by Alex Rubens.

The book can be broken down into about three sections. The first eighty pages or so include background information on the state of economy in the early 1980s, the Cold War (the author’s view of it anyway), the political environment, and a brief history of Atari including the Nolan Bushnell years and the Ray Kassar years. Other books cover the history of Atari better, and in more detail. It is not really the main point of this book. The included background information gives you context leading up to the stewing cauldron in 1980 in which Missile Command was born. 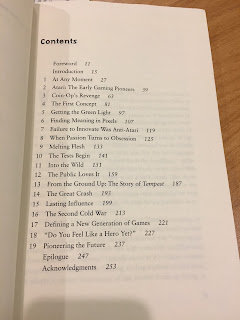 The next eighty pages or so cover the development of the Missile Command arcade video game, from where the initial idea came from, to David Theurer, Rich Adams and team designing and developing it. This is really the meat of this book. It covers the direction the development took, why certain decisions were made, and how the development affected Theurer, his health and his personal life. Rob Fulop’s Atari 2600 version of Missile Command and some of Theurer’s other work, such as Tempest, are also covered.

The last third of the book covers other tangential Missile Command related subjects, such as its effect on popular culture (opening credits of FX’s The Americans anyone), conspiracy theories, competitive gaming and a “Where Are They Now” Epilogue.

I would have liked to have seen some more technical information on the arcade video game development itself: development tools, hardware, snippets of source code, etc., but as Rubens’ states at the beginning of Chapter 5, “This isn’t a technical manual for Missile Command. I’m not going to pretend to know how the circuit boards work or how Dave Theurer and Rich Adam accomplished any of the programming feats…” It does, however, discuss the original prototype cabinet with its amazing (and distracting) electronic display imagery. 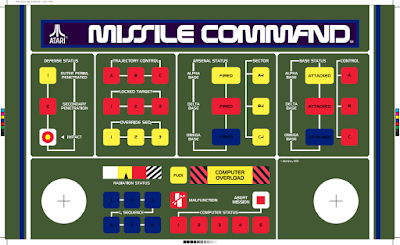 The Advanced Reader’s Edition has numerous typos which I expect the author and publisher will fix before the final release. I’ve certainly reported the issues that I found. These typos in no way took away from the narrative since I understood that it was a pre-release version of the book. I’ll likely pick up the hardcover edition when it is published so that I can have a cleaned up version which will also include twenty full color images. George Opperman amazing artwork for Missile Command was so classic Atari, that it made the front cover of Tim Lapetino’s book Art Of Atari. I’m looking forward to seeing which images Rubens' decided to include in his book. 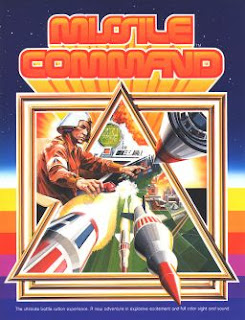 While I enjoyed this book, there are a few instances where the author makes “factual” statements that I don’t necessarily agree with. I will not mention which, as they might be revised by the time the book is officially published. There are also times where the author repeats the same point over and over. Yes, employees used drugs at Atari, and yes, software developers have deadlines, got it. Overall, not a bad effort by first time author Alex Rubens. If you are a Missile Command fan, a David Theurer fan or an Atari fan in general, I think you will enjoy the book as well.

The 256 page hardcover edition of 8-Bit Apocalypse: The Untold Story Of Atari’s Missile Command will be published on October 16, 2018 and has a list price of $26.95.