Want to see the software in action? Twitter user @Jma48Mitch used Will Harvey's Music Construction Set on his Commodore 64 to create digital versions of some Huey Lewis and The News songs and posted them to his YouTube channel.

Will Harvey's Music Construction Set was originally written for an Apple II computer with a Mockingboard sound-enhancement device installed, then ported to or rewritten for the various popular home computers of the day including the ATARI 8-bit machines. An earlier version of this ad appeared on page 158 in the December 1983 issue of Creative Computing.


There is a lengthy interview with then 17 year old Will Harvey by James Delson in the July 1984 issue of Family Computing magazine which covers Music Construction Set. Family Computing was a 1980s U.S.-based computer magazine published by Scholastic, Inc. It covered all of the major home computer platforms of the day. The first issue of the magazine appeared in September 1983. The final issue was published in April 2001.

You can see a young Will Harvey in a 1983 episode of Computer Chronicles dealing with computer music. 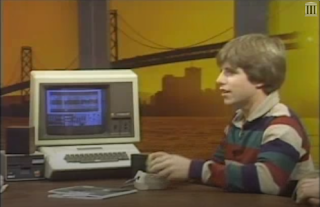 There is another article about Will Harvey by Susan Meyers on pages 18 and 19 in the July/August 1984 issue of Enter magazine.


The December 26, 1983 issue of Infoworld states on page 55 that "Best music generator: Music Construction Set from Electronics Arts. You have to see it (and hear it) to believe it. This program sets a new standard for entertainment software. It was inspired by Pinball Construction Set's use of icons and a video 'hand' to move objects on the screen..."

Associate Editor Fred D'gnazio mentions Music Construction Set in an article titled Computer Popcorn starting on page 106 in the January 1984 issue of Compute! magazine. In the article, when asked why he created the program, Harvey states that "It was something that needed to be done. I wanted someone who didn't know anything about music to be able to learn it simply and have a lot of fun doing it..."


There is an additional ad featuring Music Construction Set and other Electronic Arts software on page 7 of the October 1984 issue of Compute! magazine, offering a Buy 2 software titles, Get 1 Free deal. Electronic Arts advertised heavily in Compute!, a magazine that covered all the major small computing platforms at the time. They didn't advertise as much in ATARI specific magazines such as Antic or ANALOG Computing.


There is a review of Music Construction Set by Tony Morris on page 126 of the April 1984 issue of Family Computing. Mr. Morris states that the software package could use better documentation.

There is another review of Music Construction Set by Braden Griffin, M.D., beginning on page 18 of the December 1984 issue of ANALOG Computing magazine. The review starts out asking the question "...What would MTV be without music...", ah, worthless shows like Jersey Shore, Braden, that's what. Anywho, the review goes on to state:


The excellent manual --- which progresses through the basics necessary for music composition in an entertaining and straightforward manner --- is complemented by a handy reference card, containing all of the control features. Anyone the least bit interested in talking full advantage of the ATARI's music capabilities should look seriously at this program. It is great... This superb program, from its unique design to its masterful approach to imparting musical knowledge ...

There is another review by Jerry White starting on page 80 in the December 1984 issue of Antic as well. Mr. White starts the review by stating "If you want to create music on your ATARI computer, Music Construction Set is probably the best tool available today".  That is some praise!

In a more recent interview titled A Conversation with Will Harvey with Will Harvey in the February 2004, Vol. 1, No. 10 isssue ACM Queue magazine, a publication of the Association for Computing Machinery (ACM). In the interview, Harvey is discussing a game he wrote and states ...


... It was a space invaders type game called Lancaster, and it was for the Apple II. Meanwhile, I needed to have music in the game. I didn't know too much about it, so I wrote a music editor, kind of like a word processor, that would allow you to copy sheet music onto the screen, then convert it to MIDI [musical instrument digital interface], which was just beginning at the time, and play it back for you. It would also save it as a MIDI file so I could then have the game play it in the background. As it turned out, the music editor, called Music Construction Set, became an enormous hit. Electronic Arts picked it up in about 1983 or '84. It was educational, it was creative, it was fun. It was a new category of software that was perfect for the time. I was able to take the proceeds from it and build a little video-game company. I've been doing it ever since ... 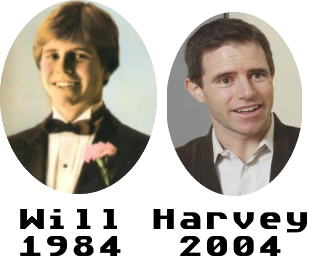 According the aforementioned review, Will Harvey was also an Eagle Scout, 4.0 student, president of the student body and high school football player ... and Batman apparently. Good for you Mr. Harvey, good for you!

Music Construction Set was originally published in 1984 and, two years later, was still a best selling Educational software title in 1986 as shown in the following Software Best Sellers list compiled by the Billboard Research Department of Billboard Publications, Inc., and published on page 18 in the September 1986 issue of Compute! magazine:


There is an Apple ad featuring Music Construction Set running on an Apple IIc inside the front cover of the October 1985 issue of Compute! magazine. I enjoyed this ad as well, as around September 1985, after three and a half years, I had switched from using my beloved ATARI as my main computer to using an Apple IIc. I purchase the Apple at the beginning of my senior year in high school, as that was the platform that we were using in my Computer Science II/Pascal class. 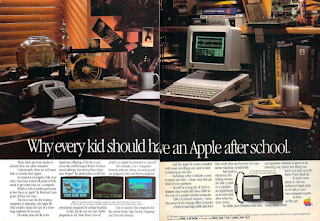 The following music is contained in the archive:

If you have any additional music for the ATARI 8-bit version of Will Harvey's Music Construction Set, please send it along and I'll see that it gets archived for the community to enjoy.

Thanks to Allan Bushman for help with this blog post!