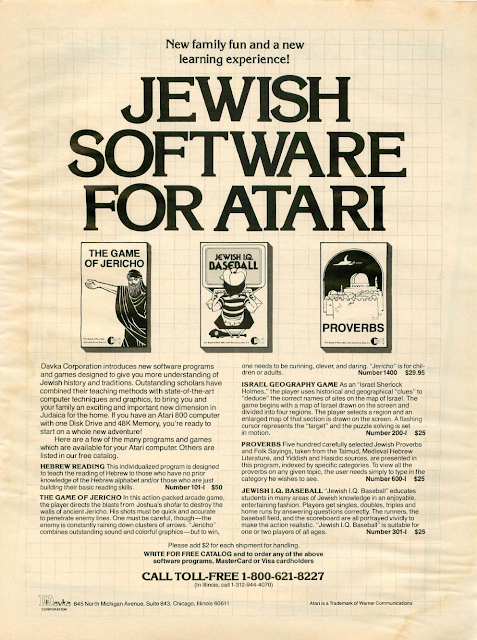 This ad was for a series of Jewish/Hebrew-related software titles from the Davka Corporation for the Atari 8-bit family of home computers.

Davka Corporation seems to have published a couple of dozen software titles for the Atari 8-bit. Though many of them have never been archived.

The software titles in this ad include:

The Davka Corporation itself was/is a software company based in Chicago, Illinois. It published software related to Israel, the Bible, Jewish history and the Hebrew language for the Atari 8-bit home computer as well as for the Apple II, Windows, and the Mac. The company still seems to be in business today and has an active website where it sells Davkawriter, a Hebrew/English word processor.

As I don't identify as Jewish, nor do I speak/read Hebrew, the software titles in this ad didn't particularly interest me as a kid. Heck, if my Catholic parents saw me learning Hebrew, they might of had me excommunicated! 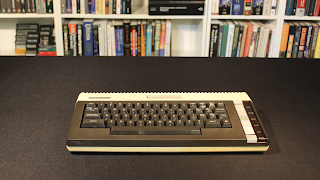 As an adult, thanks to my friend, Mr. The Modern Atari 8bit Computer himself, Nir Dary, I have a Hebrew Atari 600XL computer in my retro computer collection, and the Jewish/Hebrew software from this company is perfect for running on it, if I ever decided to exhibit it at a Vintage Computer Festival East. 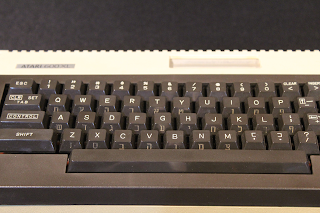 This PAL-based Atari 600XL has a ROM that supports the Hebrew character set and right-to-left display orientation as well as Hebrew key caps (engraved, not stickers). As the 600XL is PAL-based and has a built-in monitor jack (which NTSC-based, North American released 600XLs didn't have), I use it with a small, lightweight Insignia NS-19D310NA19 LED 19 inch TV from Best Buy, which has an undocumented feature of supporting the PAL television format.

If you want to make your own Hebrew-compatible Atari 8-bit, you can find some useful ROMs on Nir's web site. Custom key caps might be a little harder to come by. You could likely have a custom set of stickers made for the keyboard. A company called DataCal has been known to make custom keyboard stickers.

Recently, I was trolling on eBay, as you do, and low and behold, what pops up on my radar? The floppy disk portion of Davka Corporation's Hebrew Reading software package that is mentioned in this ad. There is likely a box, a manual, and an audio cassette tape (the first disk has a place where you listen to an introduction from cassette) included in the original packaging, but this auction (actually two separate auctions for the two disks) didn't include them. Better yet, this is software that hadn't yet been archived for the (Atari, Retro Computer, Jewish, Hebrew, take your pick) community. And now it has been archived!

Here are scans of the three relevant floppy disk sides: 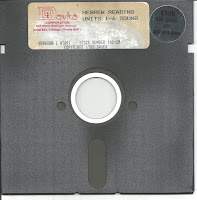 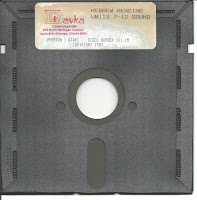 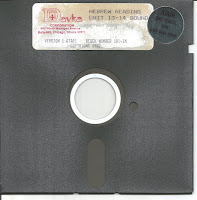 Here are some screen shots from the three disk images after I Kryofluxed them. I loaded the disk images into Altirra 3.20 in Atari 400/800 mode with Atari BASIC rev. C inserted. 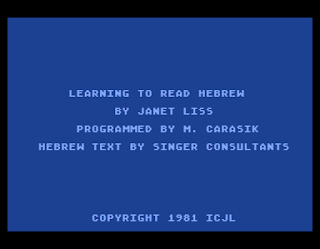 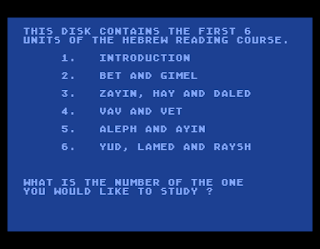 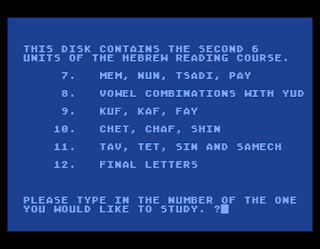 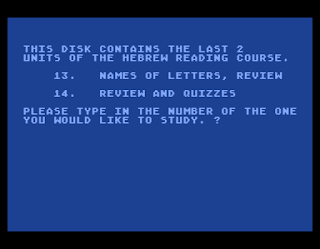 Without looking to closely at the code, the program is either using a custom character set or possibly Atari's Player Missile Graphics (sprite) engine to not only display characters in Hebrew, but it displays them by forming them from right-to-left on the screen. It is a neat effect. 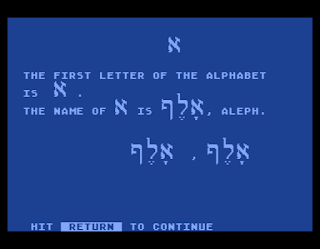 
If you have ever had an interest in reading Hebrew, give this program a try!

Now, who's up for a rousing Game of Jericho?